Driving in Portugal… from an American’s Point of View

Many Americans are intimidated by driving in a foreign country. The laws are different, the road signs are different, streets are not always named or numbered and then there are those dreaded circles or “roundabouts”.

The Portuguese drive on the same side of the road as Americans… sometimes. The thing to remember about driving in other countries is that the driver is always towards the center. So as you approach a circle, you will be merging into the circle to the driver’s right. The driver is in the center of the circle. If only one lane is approaching the circle, stay to your right if you are exiting at the first street off the circle. Don’t forget your blinker. Other drivers are anxiously waiting to know what you are going to do so they can try and get in front of you. If you are going around to a 2nd or 3rd exit off the circle, put on your left blinker so they will be really quick about getting in front of you. It’s good if they get in front of you because they will just get irritated if they end up behind you and they will make you crazy until you pull over and let them go by.

As you approach the circle, slow down, even if it does irritate the guy behind you. Don’t worry about him/her. You are responsible for everyone in that car and you need to know the rules. If you are going beyond the first exit to the second, you can be in the center lane of the circle to get by the slower traffic and then put your blinker on and merge to the right after you pass the exit just before your exit. If you miss the exit, no big deal. Just go around again. This is also a good trick if you want faster people to get in front of you or if you want to make sure of the road signs and that you are taking the correct exit. A good rule of thumb is to go in the direction of the town that you should come to next if you took the correct exit. For example, If you are going to Sagres in the West, you will follow directions to the next town on the route west when you get to the circle. It may not say Sagres. But it might say Portimão if that is the next big town. It’s hard to get too lost in a country that is only 3 hours wide. 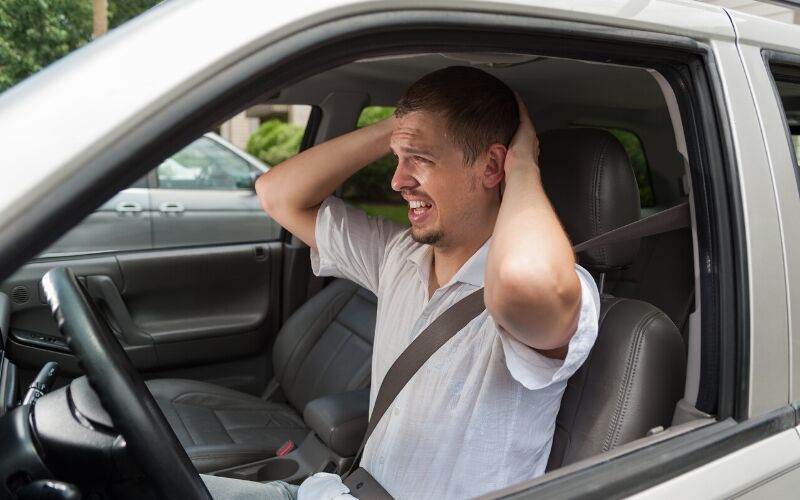 If you are on the Portuguese version of an interstate, you must have a Via Verde toll pass on your windshield. There are metal framework structures above the motorway and as you pass under, you will hear a beep indicating that your information has been collected and you will be getting a monthly bill for the toll. If you are doing a short term rental, they will add it to your bill. When you are living here, you can go to any tobacco shop to pay these bills or arrange for it to come out of your bank account automatically. They do send a receipt of what you paid on a monthly bases. When you have your Portuguese bank account, you can arrange for the Via Verde tolls to come out automatically. You will get a statement from Via Verde.

You can also use your Via Verde toll pass to pay for car parking, use on local ferries, auto-pay at some gas stations and pay for McDonalds via drive-through!

Now whatever you do, DO NOT cross a solid white line in the center of the road. It means a left turn is forbidden! It is one of the ways that Portugal has reduced traffic accidents. No dodging between on-coming cars to turn left without the guy behind you laying on his horn. If you are going to a shop or restaurant that is on your left, you must go beyond it, turn around in the next circle and then enter the desired location. It’s a bit of a pain in the beginning but you will learn the best way to get to the places that you frequent the most.

None of these rules seem to apply to the motorcyclist, or at least they don’t think any rules apply. They speed at extremely dangerous levels, weave in and out of traffic, fly headlong into oncoming traffic to get in front of you and any other vehicle they wish, just to slow down a few meters ahead and make a turn. They will reeve their motors at all hours of the day and night without regard to being in a neighborhood or on the motorway. Although I rarely see them on the interstate. I don’t think they like to pay tolls. If you have ever been subjected to the large tolls in the US, you will be amazed to find out that most Portuguese avoid the motorway because of the tolls. And unless you are going north and south on the big motorway or to the far west or east, the tolls are very small compared to the US.

When you are driving on the motorway, the max speed is posted at 120 km/h. But that seems to be regarded as just a suggestion. You should stay right except to pass. After you pass get back into the right-hand lane if it is safe to do so. If there is a convoy of slow traffic, it may be more dangerous to continually be weaving right & left. When you are in the left-hand lane- Pay Attention!

Another driver is likely to be kissing your bumper before you even know that he is there. Let them go by! It’s possible that you will see the car again just around a few curves resting on its roof in the ditch. Speeding is an on-going problem in Portugal. 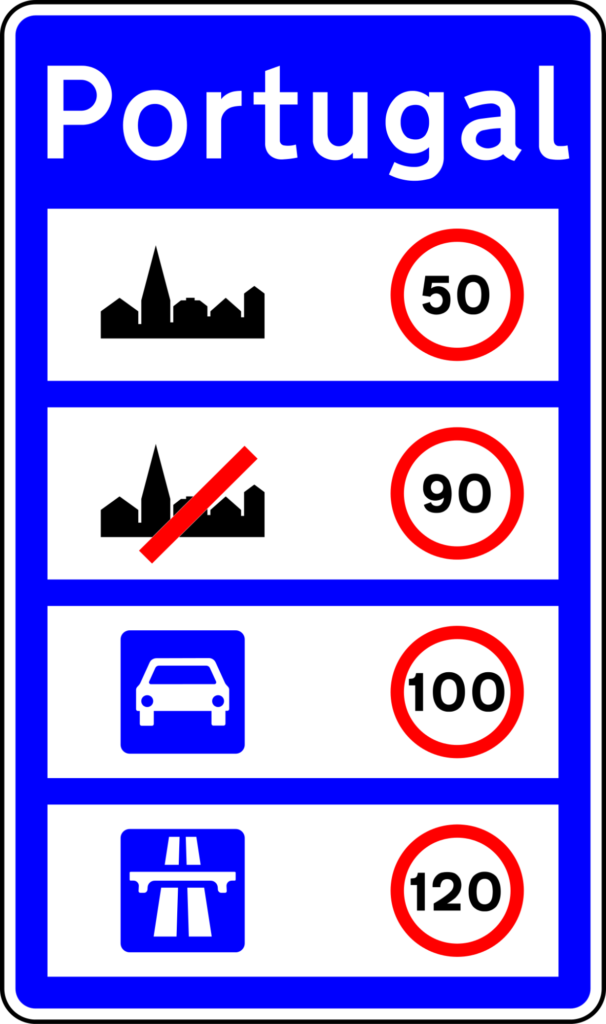 Get to know road signs! Plan Your route, And ignore people who honk their horn. You have just as much right as them to be on the road. Just remember that they were beginners once also.

Parking is allowed or at least tolerated anywhere. Double parking is ignored, Parking on the sidewalk or in other’s yards is ignored. You should refrain from parking in Taxi only spaces, ambulance bays, driveways, and in circles. As far as I can tell anything else is Okie-dokie.

There are a lot of handicapped spots and they are on an honor system. If you are old, handicapped,  pregnant or have a young family, you can park there. It’s actually honored very well even if it is on an honor system. I’m not convinced that young health parents need to park there just because they have a stroller but a mom by herself with a baby or a couple of kids in tow probably needs the break as much as anyone.

There seems to always be several handicapped spaces open at the mall & the grocery.

For a more comprehensive list on road signs in Portugal in downloadable PDF format, please visit this link.

About the author: Peggy moved to Portugal permanently in 2019 from Kentucky USA. She now lives near Pêra, Silves on the Algarve. You can connect with Peggy via the forum. Her username is @peggyl

Holidays Out of Portugal

Cost of Living in Portugal

A Day Trip to Estremoz