Woo hoo! We have our Visas!

One of the benefits of being able to do everything from a small country, Panama... today we received our D7 Visas almost 1 month to the day after applying. So, we will arrive in Lisbon on March 29.

Question: Our SEF appointment shows as July 23 but the D7 Visa expires on July 26. Should we be concerned? What happens if there is a delay?

Can you elaborate on the immigration law and 7/23 date? I'm curious as to what you are referencing might be changing.

@charw23 I don't have details. It's what my lawyer said: "The date 23/07 is the date of the Portuguese Immigration Law."

It's in reference to this bit on the D7 Visa.

Thanks  I'll dig into it! Appreciate the screenshot.

We are a bit behind you having met w/VFS in SF 3 weeks ago. What part of PT are you headed to?

@jar Initially Lisbon. We are likely to settle in either Sintra or Setubal unless we find a different area once we go.

Hope that you will tune in Thursday at 7:30pm Lisbon time for the first battle of the "Best Place to live in Portugal." We will have fun and lots of information on the first 2 regions. I will do the Algarve and a mystery person is doing Lisbon and central Portugal. Hope to "see" you in the video chat!

@peggyl we watched and loved it 😀 Of course, we won't know for sure until we get there in April but we'll have a look around, though my heart is pretty set on being close to Lisbon (Setubal or Sintra probably).

You must ghostwrited with your heart but hope you will have time for a visit, we can show you around a little and Social cal distance for lunch at our houser.

Everyone can sit on a different side of the pool 😎

We watched and voted for you and the Algarve not sure who tallied the votes I think there was some monkey business going on you clearly were the victor !

muito obrigada, I don't think the voting thing was explained very well. I knew it was coming and still it seemed like it was too quickly thrown out there without explanation for direction. Oh well, It was fun and informative I hope for everyone. The Algarve it not just beaches & rude tourists and that is what I wanted to get out there. It is worth a look for those who have still not found their  special place.

Thanks for the good wishes. 😎

We received our residency cards today!!!! Just a little over a week after our SEF interview. We immediately went and got our health utente too. This is the culmination of a year long process. Woo hoo! We couldn't have done it without Expats Portugal. Thank you everyone.

@jordan_zimmerman Congrats! Health utente - do you mean the SNS number? Ei! has been trying to get ours for weeks. We need it to exchange our drivers licenses.

@maxgravy I'm a bit confused by the acronyms. It's the Health service number - maybe that's SNS?

The address we're using is in Chamusca (near Santerem). There's not much activity there so we were able to walk right into the health service office with a local native speaker and get the registration/number.

It's good to see that some health centres are back to issuing these on the spot. For many months, the process has been bogged down, and was forced through an email address which people didn't hear back from. Having a small, but not remote, place as your first base has paid off! Great to hear!

@thomasribatejo We're in Lisbon and have been waiting a long time. Is it possible for us to drive to a small town and get the numbers?

We need them to exchange our driver licenses. The apostiles attached to our driving abstracts are almost 90 days old and I'm afraid they will expire and we'll need to take driving tests instead of just exchanging.

@maxgravy it's possible, but would depend on the discretion of the person at the health centre.  It's supposed to be the health centre(s) which cover your place of residence (eg the one on your documents), so they'd be under no obligation to do it.

Unlike the driving license itself, which is fulfilled by local offices but is a national system, the SNS registration is slightly more linked to the place (in that your paperwork would typically reference the health region in question, and the health centre itself).

You might manage to persuade them that, as you're not living there, you don't need registering with a family doctor, you just need the Número de Utente. However, it's down to the person you get - also, be aware that health centres have their own time slots for doing admin, and it can be impossible to find this out from a distance.

If you want to try, make I'd advise trying within Grande Lisboa, and North of the Tagus, at least initially. But as I say, it would essentially be asking them for a favour - and try to make sure not to take up space on a family doctor waiting list at a health centre you wouldn't be using.

@thomasribatejo Thank you for the clarification. I think we'll just wait and do as Ei! suggests. They said we would still be able to drive, even after the 90 days.

Is it true? I am looking at IMT website and it says this:

I believe beyond 90 days we will be able to drive only, if we apply with IMT and the exchange is in progress.

We are planning to go back to the US this fall to pack a container granted we have our drivers licenses exchanged meeting IMT deadlines.

Have you try to apply without having SNS? Or is it a prerequisite?

ouch! We are in Lisbon as well and might be facing the same backlog as you do. Do you reside in Lisbon and have used Lisbon’ address for SEF? We are in a process of finding a long-term rental for our coming SEF appointment. would you advise to look beyond Lisbon then?

@tdn Yes, we are in Lisbon and used our address here for SEF. We're enjoying this fabulous city and plan to stay for at least a year. We signed a one-year lease on a condo. I can't advise as I'm not familiar with your situation.

According Ei! the SNS is a requirement for the drivers license exchange. You need the SNS number to get the medical review for the license. I've also heard the med review can be done online.

Also, today I read that all documents concerned with immigration will remain valid until at least December 31, 2021 due to covid.

This is where I read it:

"1. A brand new Government decree (nº 22A from March 17th) states that documents expired after February 24th, 2020, are valid until December 31st, 2021, for all legal purposes (the last decree stated validity extension until Mar 31st).

This rule applies to the following documents:

*As of December 31st, 2021, documents expired after February 24th, 2020 will be valid and as soon as possible, all holders must provide an appointment scheduling at Immigration Service – SEF (still closed until further notice)

2. A renewal of the current emergency state was approved until April 15th. Among rules, remain circulation restrictions, mandatory teleworking (extended until December 31st), and phased opening of commercial establishments, schools, and other activities."

Page 1 / 2 Next
Please Login or Register to reply to this topic.
All forum topics
Previous Topic
Next Topic 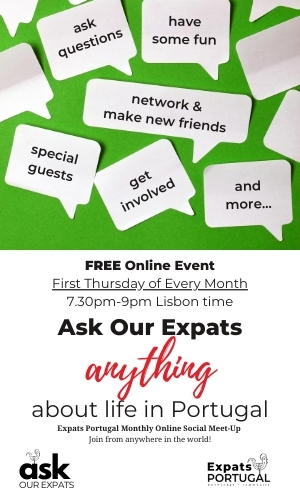