Hi, I am buying a place in the Algarve, not in a resort, and hoping to do summer holiday rentals with it. But it may also be my home at some point so not just an investment.

There is so much accommodation in the Algarve I wonder if the area is saturated for investment but they keep building more.

We’ve been doing our ‘scouting trip’ in Portugal for the last few weeks. We are currently in the Algarve and have been seeing some properties…

One thing that would be GREAT is if a property management company would be available to do rental projections based on location and size. (We will like be out of the country in August each year, for example.)

For instance, in the Tahoe region of California during the high season (Winter and Summer) you could plan to be rented 80% of the time but only 20% in the Spring and Fall. Also a tax implication analysis would also be helpful. Not really planning on making a profit, just hoping to offset some costs…

The problem is, would you trust a property management company to do a forecast for you, when presumably they would be hoping for you to engage them? They might be over optimistic in their analysis.

I think most property management companies can give you a ballpark figure on what to expect as rental income at different times of year, I have been told very similar figures by different companies but that is for a specific property.

However due to the covid crisis it is anybody’s guess what capacity you might get. The Algarve tourist board does some general analysis of capacity per month, so for example they can tell you accommodation was 70 per cent at capacity August 21.

@aspidistra Absolutely. I would take any recommendation and then guesstimate a fraction of their estimates. Probably 75% ish… assuming they would want your business. The rest of the analysis… their admin fees, the amount of fees that can go towards insurance, utilities, mortgage interest, etc. would be of interest to me as well… in the US it is only the % of rental nights compared with the “personal” nights per year. I would assume it is the same over here. But assumptions are just that, assumptions. I am going to speak with a tax consultant soon about NHR issues etc so I guess I’ll ask them then. Just curious if those questions have already been answered…

anyone who wants to come say mid winter (never had one!) take great care that if they put on electric heaters it will cost  you more than the rent you earn

@martin yeah - the legal aspect is why buying an apartment in a resort development seemed more attractive. You pay a premium but the resort handles all the legal headaches.

Just take care, and I know that many have found this that by the time you have paid for the agents, maids, pool man etc and then get the income rental money - there is not much left

@martin Hey Martin, between the two of us we did have a lot of rental experience i would categorize it as Blood Sweat and FEARS. Your season estimate is spot on,

@bazza500 and Martin, feel free to share any wisdom about your rental experiences, and do's and don’t would be helpful. 😀

recall one luxury Caribbean resort , all food, drinks, cigs etc , nice rooms included as part of package BUT you could not stay longer than 2 weeks.

Thought it was odd, but tourists are quite demanding and with one week stays there are some minor irritations, those irritations build after two weeks but if they stay on for three weeks  - yikes!!

many times the "complaints" are done to get money refunds. one case after the maid had left cleaning the renter found drug tablets on the floor...they were outraged at such bad cleaning.

also remember that this is a rental business, if you get breakages then don t let it become "they broke MY china cups" "MY bed" etc

as the godfather said "its not personal just strictly business"

@martin  Which,  I suppose, is why you so often see Ikea furniture used to furnish holiday rentals

indeed don't use your granny's cherished tea set, buy 2 sets of good quality tableware (to allow  for breakages) and put the cherished items away in a locked cupboard

Page 1 / 3 Next
All forum topics
Previous Topic
Next Topic 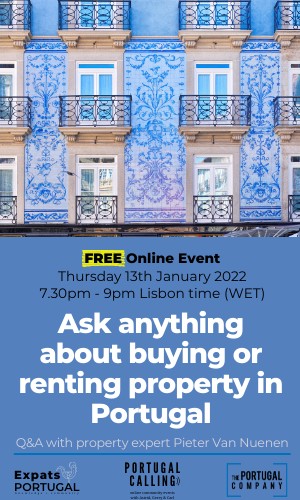