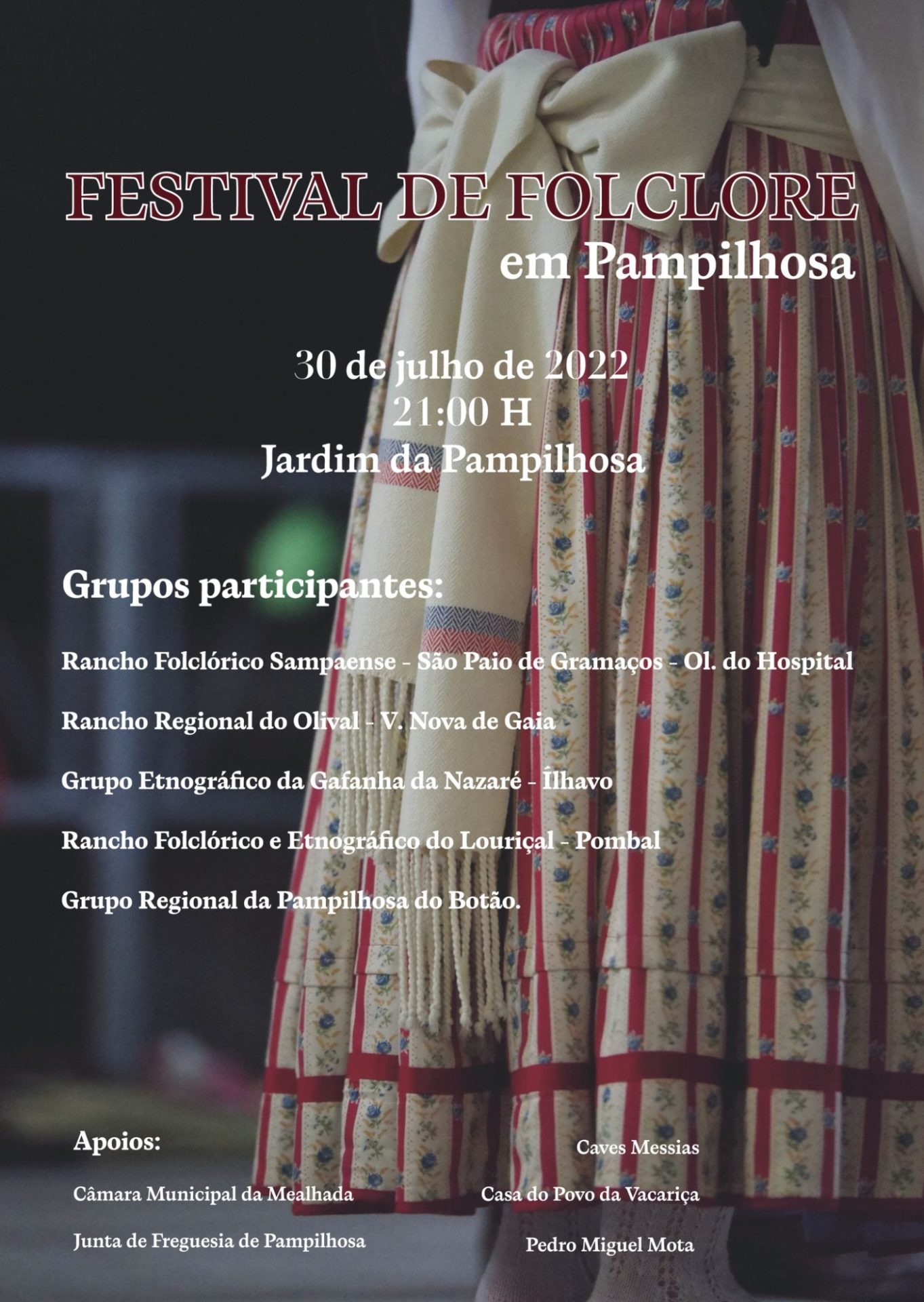 The Regional Group of Pampilhosa do Botão holds their annual Folklore Festival on July 30th, at 9pm, in the Municipal Gardens of Pampilhosa.
No less than 5 Traditional Rancho Folclórico Singing and Dancing groups will be performing for your entertainment.
Pampilhosa as a lovely area on the boarder of Coimbra and Aveiro, close to the suckling pig town of Mealhada, Luso and Cantanhede.

Portugal has a rich traditional folklore (Ranchos Folclóricos), with great regional variety.
In smaller towns and villages, cultural activity may revolve around local folklore, with musical groups performing traditional dance and song.
As with the songs the dance apparel is highly varied, ranging from work clothes to the Sunday best, with rich distinguished from the poor.
The term “folk dance” is sometimes applied to dances of historical importance in European culture and history; typically originated before 20th century. For other cultures the terms “ethnic dance” or “traditional dance” are sometimes used, although the latter terms may encompass ceremonial dances.
The term “folk dance” is reserved for dances which are to a significant degree bound by tradition and originated in the times when the distinction existed between the dances of “common folk” and the dances of the “high society”.

These Folklore Groups are always looking for new members, they are very welcoming to all nationalities, ages and capabilities. They travel their regions performing, usually by coach were you get to really integrate, eating drinking and sometimes even sleeping away for the night with your fellow performers