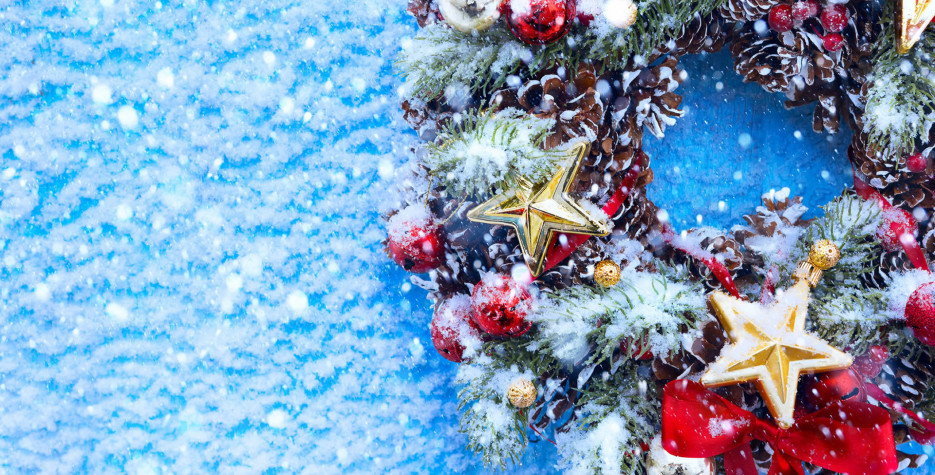 The celebration of Christmas in late December is certainly as a result of pre-existing celebrations happening at that time, marking the Winter Solstice.

Most notable of these is Yule (meaning ‘Feast’), a winter pagan festival that was originally celebrated by Germanic people. The exact date of Yule depends on the lunar cycle but it falls from late December to early January. In some Northern Europe countries, the local word for Christmas has a closer linguistic tie to ‘Yule’ than ‘Christmas’, and it is still a term that may be used for Christmas in some English-speaking countries. Several Yule traditions are familiar to the modern celebration of Christmas, such as Yule Log, the custom of burning a large wooden log on the fire at Christmas; or indeed carol singing, which is surprisingly a very ancient tradition.

Under the Julian calendar, the winter solstice was fixed on December 25, and this date was also the day of the popular Roman holiday of Saturnalia, in honour of Saturn, the god of agriculture; which was later superseded by Sol Invictus, a day that bundled up the celebration of several sun based gods into one easy to manage festival.

As Christianity began to take hold across the Roman empire and beyond, the date of when to celebrate the birth of Christ became a bit of an issue, with several different dates proposed.

It wasn’t until 350 AD, when the then Bishop of Rome, Pope Julius I, fixed the official Christmas day on December 25. Unfortunately, Julius, I didn’t show his working out on how he reached this date; some scholars later suggested that it was calculated as nine months after the Annunciation (March 25), when the angel Gabriel is said to have appeared to Mary and told her she would bear the son of God. Whatever the reasoning, it is clear that, just as key pagan sites were being chosen for new churches, so too the date was chosen with the intention to catapult Christmas into becoming a major festival by placing it over the pre-existing pagan festivals.