With the CoVid lockdowns easing in Portugal, an invitation from the chief winemaker at Howard’s Folly Wine and fellow expat David Baverstock (originally from Australia) to experience his state-of-the-art winery and restaurant in Estremoz, Alto Alentejo was accepted without hesitation.

Familiar with David’s wines as winemaker at Esporão and his numerous awards (including being the only non-Portuguese national to win Portugal’s Winemaker of the Year – not once, but twice – in 2013 and 2015), Howard’s Folly Wines is an innovative partnership between himself and entrepreneur Howard Bilton, a businessman from Yorkshire now living in Hong Kong. They came together by their love of Portuguese wines, especially from the Alentejo region.

We (Jorge Favaro and Xana da Silva, founders of WoW Wines and myself), took the drive from Lisbon – around 2 hours – to the beautiful town centre of Estremoz nestled within the walls of its medieval castle (XIII century). The region is known for its rolling hills of cork oak trees, amazing local produce, up and coming restaurant scene and now a winery and art centre that looks as modern and as sophisticated as any venue you would find in major cities around the world. 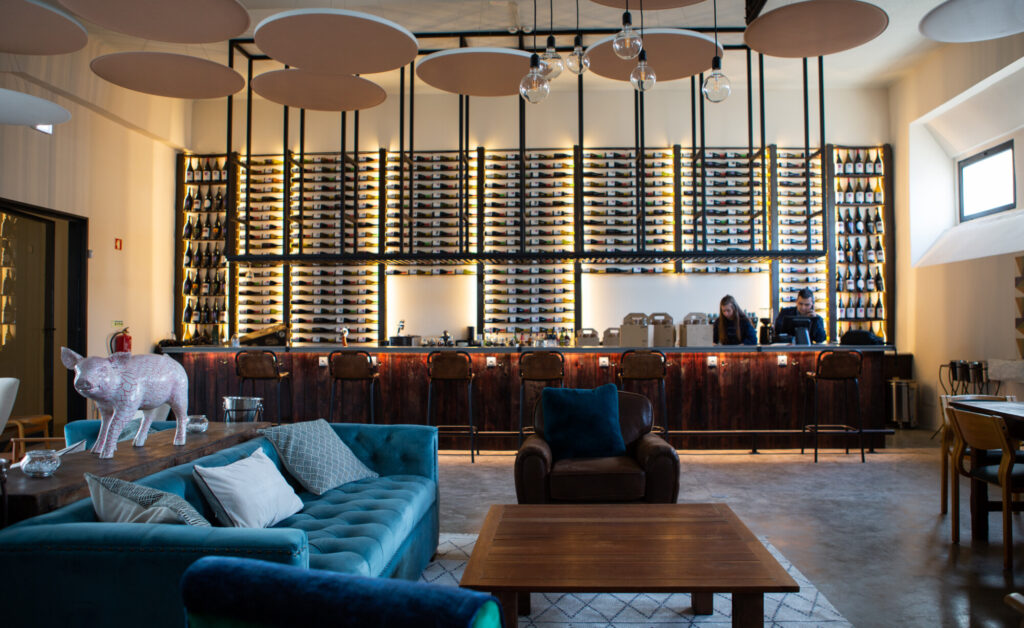 This sophistication was reflected throughout the day with a tantalising tasting menu matched with some of David’s latest release wines. Some of the wines we were privy to have not been released commercially yet, but we did get to enjoy the Sonhador White 18 and Sonhador Tinto 15. Both spectacular wines.

Chef Bernardo impressed us with a modern menu making the most of local Alentejo produce. To start, we enjoyed regional smallgoods and cheeses, many sourced from the local Estremoz farmer’s market well known all over the region for its high-quality products. Then we were served seasonal melon and figs with black pig smoked ham.

Next course included a deconstructed Gazpacho served with tomato foam; deep fried small squid with garlic mayonnaise; croquettes of poultry and game then fried shrimp from the Alentejo coast wrapped in crispy pastry. 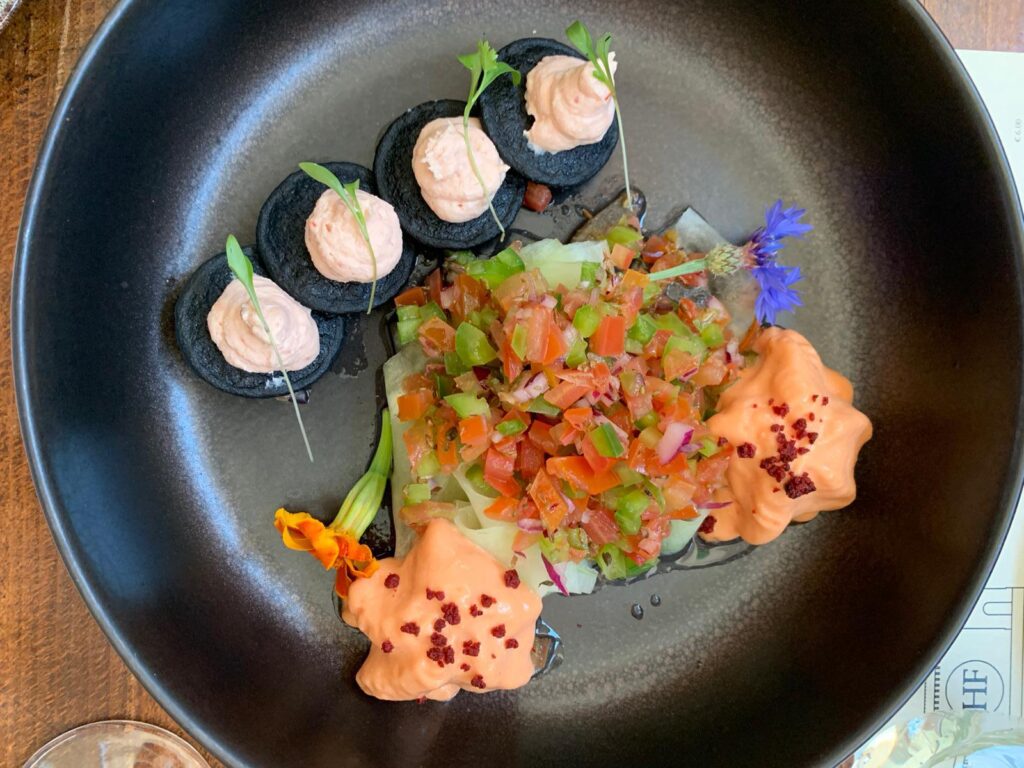 A tour of the winery where all the magic happens with Pedro Furriel, winemaker at Howard’s Folly really revealed the “art” element of the venue with graffiti-styled murals painted across the walls that softened the polished concrete floors and stainless-steel wine barrels. It is here we also learn about their involvement with the Sovereign Art Foundation and that many of the labels on Howard’s Folly Wines are actually the artworks of prize winners from the year the wine was released. The Foundation uses art to raise funds to assist underprivileged kids using art classes as therapy.

As our day was coming to an end, we noticed a small group of 20-something-year-old guys enjoying the lounged area and outdoor courtyard and making the most of the amazing weather that day. They were clearly there to enjoy cocktails on a Friday afternoon catch-up and great to see this venue attracting customers for a casual drink. Daiquiri, Mojito or Martini anyone? I’ll have mine shaken, not stirred, please on my next journey out to Howard’s Folly.

In addition to the restaurant, bar and cellar door, Howard’s Folly Winery in Estremoz, Portugal is open for experiences such as blending workshops, wine tastings and winery tours and private functions.

Lisbon's School of the Future

Real Estate for Sale and Rent