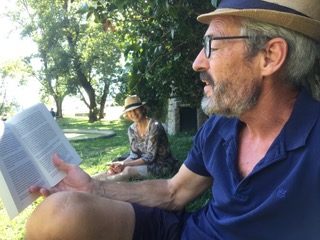 Excerpted from The Winding Road to Portugal: 20 Men From 11 Countries Share Their Stories by Louise Ross

In 2013, I had two-month-long breaks in Lisbon and decided that this is where I would relocate, which I did the following year. I had no idea what I would do in Portugal. I did entertain some very romantic notions of what might be possible, such as creating a Portuguese ice-cream brand. Thank goodness I didn’t do that! I see ice-cream sellers on every street corner now.

One day, someone asked me, “Do you know the Douro?” I really didn’t know much about it, so a friend offered to take me there. Even though rain pelted down on the day we drove up north, it was evident that this was a very beautiful area. I’ve always been fascinated by winemaking: the history, the culture, the journey from grape growing to the bottle on the shelf; it’s a long and complex process. After that day in the Douro, I decided to go back and investigate the region further.

I had read about Provesende, a village sort of lost in the mist high in the Douro Valley, with vineyards everywhere. I rented an Airbnb there. Later, I made friends with Teresa, the larger-than-life owner of a small hotel in Sabrosa, Casa dos Barros. Teresa is a member of a family that has lived in the area for three hundred years! Her Internet code is since1735.

It was obvious to me that the Douro, the largest mountain vineyard in the world as well as the world’s oldest demarcated wine region, was being considered nationally and internationally as Portugal’s most interesting wine region. And though there were already a lot of tour operators in the area, I thought it might be possible to position myself as someone offering a different perspective, someone who could tell stories of the region from an original standpoint.

With the support of my new Portuguese friends, who believed in this idea that was beginning to form in my head, and who introduced me to other people, I had a good start. Three years on, Grape Discoveries has evolved from private, one-day tours of the Douro to include culture, food and wine walking tours of Porto, curated by me and conducted by young Portuguese. 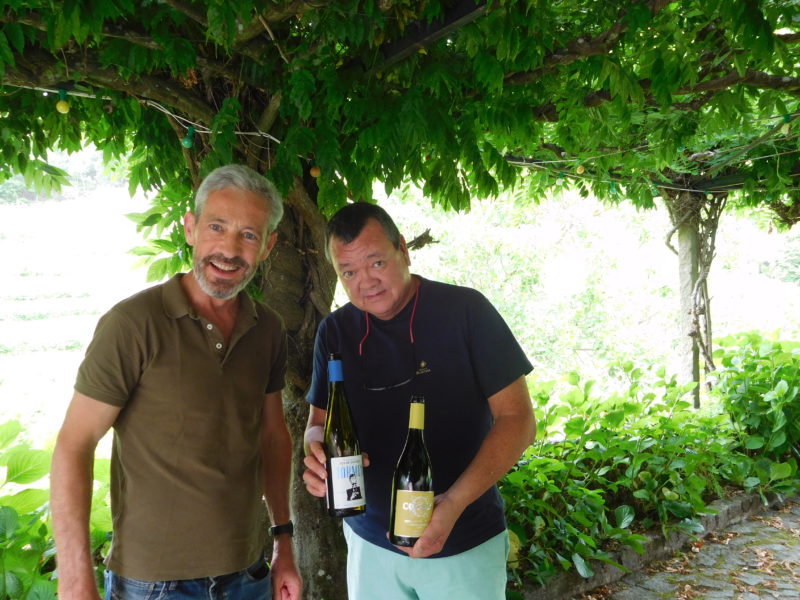 From working at home in Paris, translating in isolation, to living and working in Porto where I engage with wine-curious international clients and spend the day driving through the countryside with spectacular views and extraordinary light and color, all the while having conversations about the Douro region, it’s rich history, the winemakers, the wine… it’s been an incredibly satisfying shift.

I do feel a responsibility to provide truthful and interesting information to our customers as I’ve grown very close to the region. I don’t think I’ve ever felt an emotional bond to a place, as I do to the Douro, which has come about as a result of this new life and work. Early on, I also began writing about the Douro and the effects of climate change on wine production. More recently, I’ve expanded this area of my work, interviewing leading winemakers and vineyard owners.

I would also like to concentrate more on doing something about the effects of climate change. I’m at a point in my life where I do wonder ‘what can I contribute?’ As a result, I’ve become a founding member of the Porto Protocol, a very interesting sustainability initiative and Internet platform for wine industry players to compare case studies and reports to mitigate climate change. The founder has done a couple of climate change conferences in Porto. A second innovative project underway is World of Wine which opened this summer of 2020 in Porto and is pitched as Europe’s largest wine attraction. I’m involved, working as a consultant and content writer for this project.

I’m truly settled here and I’ve created a life that I’m very happy with. If anything I would like to ramp up my writing and communications, perhaps a book, but one thing leads to another and we don’t necessarily choose our itinerary through life. I just hope I’ll still be doing what I’m doing in the future.

Astrid: Mum of 2 living in Sintra

Our community-driven What’s On Calendar is a great place to explore events and meetups in Portugal and online.